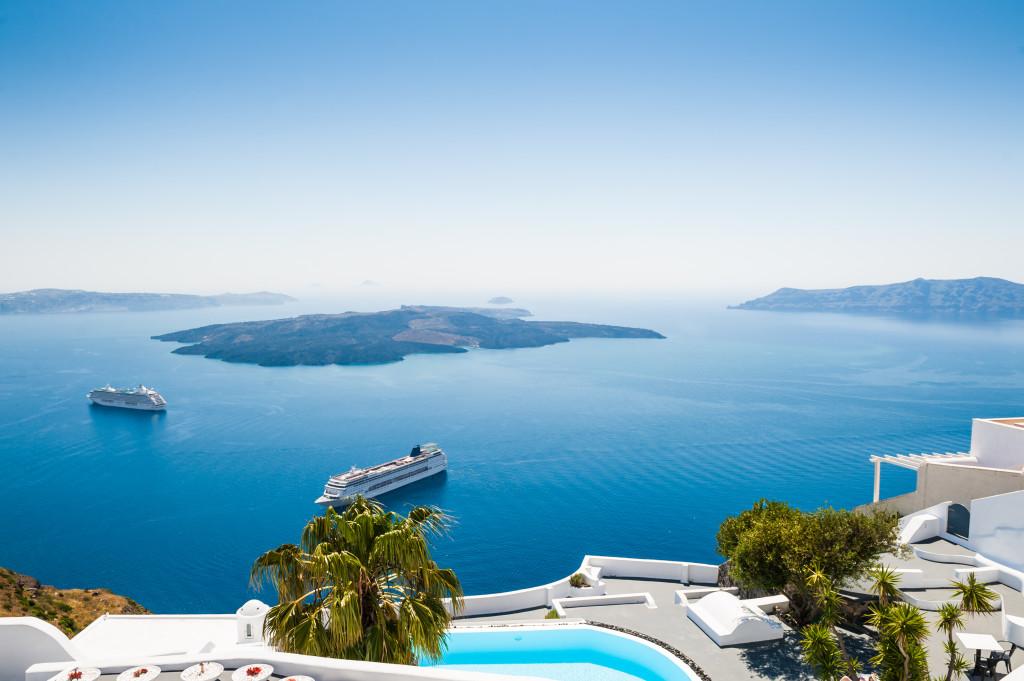 Greece is a country located in Southeast Europe. As of 2018 the population was around 11 million. The capital and the most populated city in Greece is the city of Athens, then it is followed by Thessaloniki. Greece has a significant geographic location at the intersection of three continents: Europe, Asia, and Africa. Among the Mediterranean countries Greece has the longest coastline and about 2000 islands. The number of inhabited islands is 227. Greece is a country surrounded by the seas, Ionian Sea in the west, Aegean Sea in the east, Mediterranean and Cretan Sea in the south.

Greece is viewed as the origination of democracy and the cradle of Western civilization. Additionally, Western drama, literature, philosophy, political science, significant part of scientific and mathematical principles firstly have come out in Greece. Furthermore, Greece is the birthplace of the Olympic Games. Philip II of Macedon ruled the present-day Greece in the 4th century B.C. but his follower Alexander the Great conquered a significant part of the old world, from Balkans to India. The rise of Greek culture and impact was picked in this period of ancient history. Greece was attached by Rome in the second century B.C., turning into a vital aspect of the Roman Empire and its successor, the Byzantine Empire, which received the Greek language and culture.

Tourism is the major sector of Greece economy by representing 1 out of 4 directly and the other 1 part might be said in directly. In 2018 and 2019 Greece was visited by more than 35 million travelers and this number is 3 times bigger than the country’s population. Simply we can say almost the 40-50% of Greece economy is directly and indirectly dependent on the tourism sector. Hotels, restaurants, pubs, clubs, airways, ferry companies, travel agencies, tour operators, transfer services, shops and many others are strictly attached to the inbound tourists.

The tourism sector in Greece in 2020, not only Greece but also the whole World, has taken a severe hit by Covid-19. For the first 7 months, the revenue in Greek tourism sector dropped 86% comparing the previous year. Despite the flight restrictions have been loosened for the summertime, the vigorous fall could not be hindered. Most of the hotels have not opened their gate to the tourists even after the lockdown. Due to the ongoing jeopardy in Coronavirus Pandemic and the fear of the second wave have already eradicated the hope of many touristic service providers for the rest of 2020. In this period, some touristic companies have found the opportunities in the crisis and they have updated their systems or made more compatible with the new World order.

Why you should visit Greece? We use many philosophical, medical, and mathematical terms in our daily life which have their roots in Greek. There are many Hollywood movies based on the mystical stories of Ancient Greece. Anyone of us has already seen Greece maybe not literally but spiritually. When you see the Acropolis you will remember this is the birthplace of democracy and civilization that we discuss at schools, The Olympus Mountain will remind you the God Zeus and his god/goddess sons and daughters, Temple of Parthenon – the Goddess Athena, Delphi – the God Apollo, Cape Sounion – the God Poseidon, Thessaloniki will spirit up Alexander the Great and you will vision his adventurous invasions from Macedonia to India. You will depicture the battle, at least the movie, 300 Spartans with the King Leonidas against Persian Army when you are listening his story in front of his Statue. This is merely one reason to visit Greece.

Furthermore, Greece has unique islands with their breathtaking landscapes, seascapes, natural wonders, fabulous beaches, and ambiances. The most renowned volcanic island of Greece is Santorini having one of the largest volcanic eruptions in history. The caldera is the remnant of volcanic eruption and has a splendid view from the island. Red and black beaches, island wine, and spectacular views of Santorini are the reasons making this island distinguished and favorite travel destination for the people all around the world. The other island is Mykonos which is one of the most well-liked Greek islands for its beautiful scenery, cosmopolitan atmosphere, and its picturesque architecture. With luxury hotels dotting the narrow streets of Mykonos, travelers can relax and enjoy the blue domed churches, whitewashed houses, and breathtaking sandy beaches. There are many others and we can say a lot about them but not to extend the subject much I would like to just mention their names: Crete, Rhodes, Kefalonia, Corfu, Naxos, Ios, Milos, Paros, Kos, Tinos, Anafi, Amorgos, Zakynthos, Mytilene and etc.

In addition to historical and leisure tourism, Greece is visited by pilgrims to follow the footsteps of Saint Paul. It is a pilgrimage tour and takes about 8 days. To complete their service, pilgrims visit the destinations of Kavala (Mt. Athos), Thessaloniki (Phillipi, Amphipolis, Veria, Vergina), Kalambaka (Meteora Monastries), Ancient Corinth and Athens.